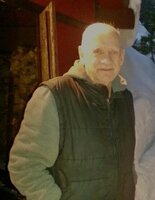 William G. Treat passed away peacefully on Friday, November 12, 2021. William Gerald, also known as “Jerry” was born on August 17, 1931, in Palo Alto, California. He was the youngest of three children born to Francis and David Treat. He is survived by his devoted wife Jo Ann of 65 years, and four children, his late daughter Jane and husband Paul, daughter Judy and husband Daniel of Diamond Springs CA, daughter Leslie and husband Anthony of Cameron Park CA, and son Robert M. Treat of Reno NV. He has nine grandchildren, Mark, Travis, Nate, Brandy, Matthew, Kyle, Harrison, Robert and Billy, and five great grandchildren, Valerie, Emma, River, Summer and Rowan. He was a graduate of Alma College and General Motors Institute in Flint MI, and American Institute for Foreign Trade in Phoenix AZ. After graduating he moved the family to South America, (Bogota, Columbia, and Buenos Aires, Argentina) for a few years while he worked in sales at Continental Emsco. He decided to move the family back to the states and ended up in Northern California. Jerry lived in El Dorado county for 54 years, living in Placerville, Somerset and Twin Bridges (Strawberry). He loved the outdoors and enjoyed camping, fishing, hiking, mountain climbing, skiing, snow mobiles, scuba diving, and supporting his son and grandson at Placerville Speedway. He was hard working, strong in his faith, loved Jesus, and was devoted to his family. He will be in our hearts forever. A private family memorial will be held at a later date.