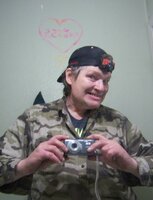 Michael was the most amazing person I have ever known. He was very intelligent and kindhearted. He would always help you no matter what you needed. One night in January he was up late and took a look at the clouds and realized a bad rain was brewing. He quickly went up and down the streets of Vacaville telling everyone to move their cars off the street because it might flood. Most people moved their cars and saved them from the flood that lasted all night. The next day the newspaper wrote an article saying that an unknown boy had saved hundreds of cars from flooding. The newspaper called him the hometown hero. They never knew it was Michael. He was also very talented. He won the baseball pitch, hit and run when he was 11 in Greeley, Colorado. While living in Grizzly Flats, California, Michael was made a Deacon in the Grizzly Flats Community Church. When driving down the street, if he saw a car pulled over, he would stop and offer help. He never asked for anything in return. That was our son. Michael also loved his own son with all his heart. God bless you in heaven Michael.