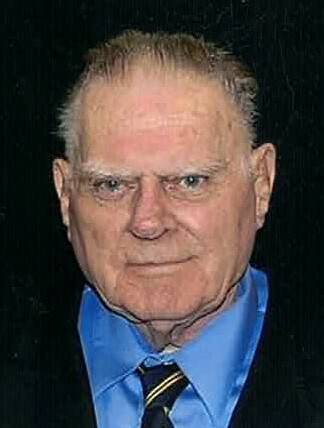 Elton Willard Bartel passed away on August 13th, 2022, at his sister’s home in Placerville, CA. He was 89 years old.

Elton was born on January 29th, 1933, in South San Francisco, CA, to his late parents Henry and Lillian (Halcrow) Bartel. He was the 4th born out of 7 children. He attended San Mateo High School in San Mateo, CA. As a young man he worked for United Airlines at the San Francisco International Airport. In his 30’s he started Bartel’s Window Cleaning and continued working for approximately 40 years.

Elton was a hard worker and a family man. He enjoyed going to the gym and traveling. He went on a few cruises with his lady friends. Elton loved dancing He belonged to a variety of single dance clubs: Riverbank Golden Ages Dance Club, Stockton Singles INC., Modesto Tradition Jazz Society, The Forever Young Senior Dance Club, The Moose Club, and The Elks Club of San Jose and Stockton.

Elton met Nettie Stinson of Turlock, CA, and spent more than 10 years with her. They would go dancing 3 to 4 times a week. He had great respect and love for her.

Elton is survived by his younger brother Dennis (Rusty) Bartel of Priest River, ID, and his younger sister Carol (Bartel) Donley of Placerville, CA. He is also survived by his great granddaughter Evelyn Rose Binderup of Ukiah, CA, a stepdaughter Vivian (Cauldwell) Salas of Shelbyville, TN, and stepson John Miller, of Santa Clara, CA, as well and many nieces and nephews.

In lieu of flowers you may donate to the COPD Foundation in Elton’s name.