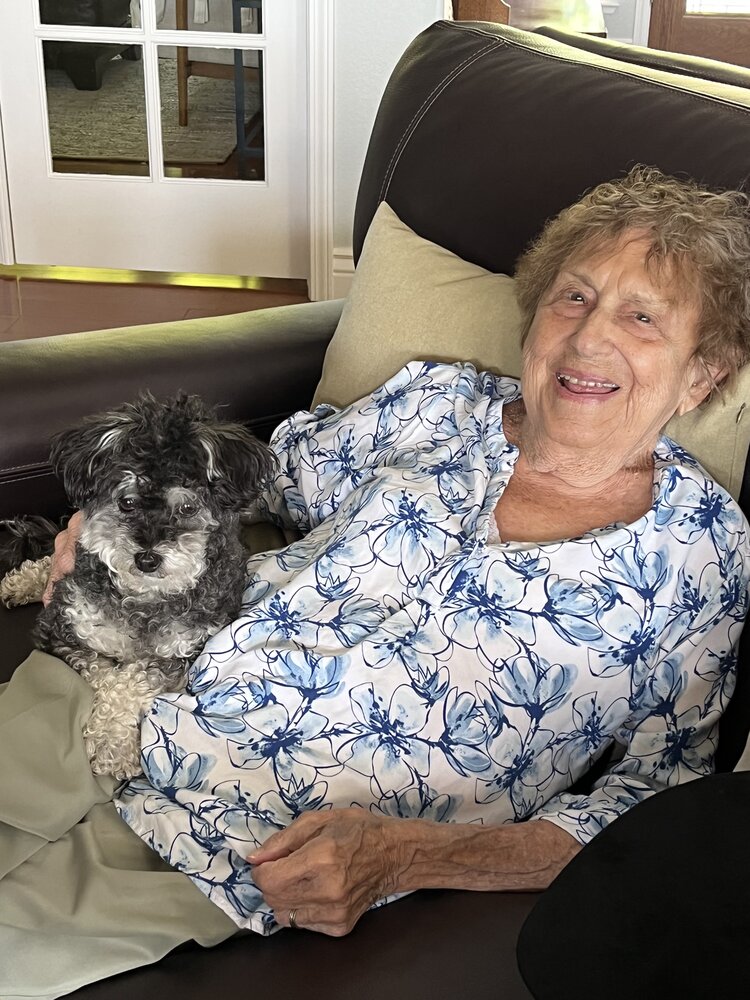 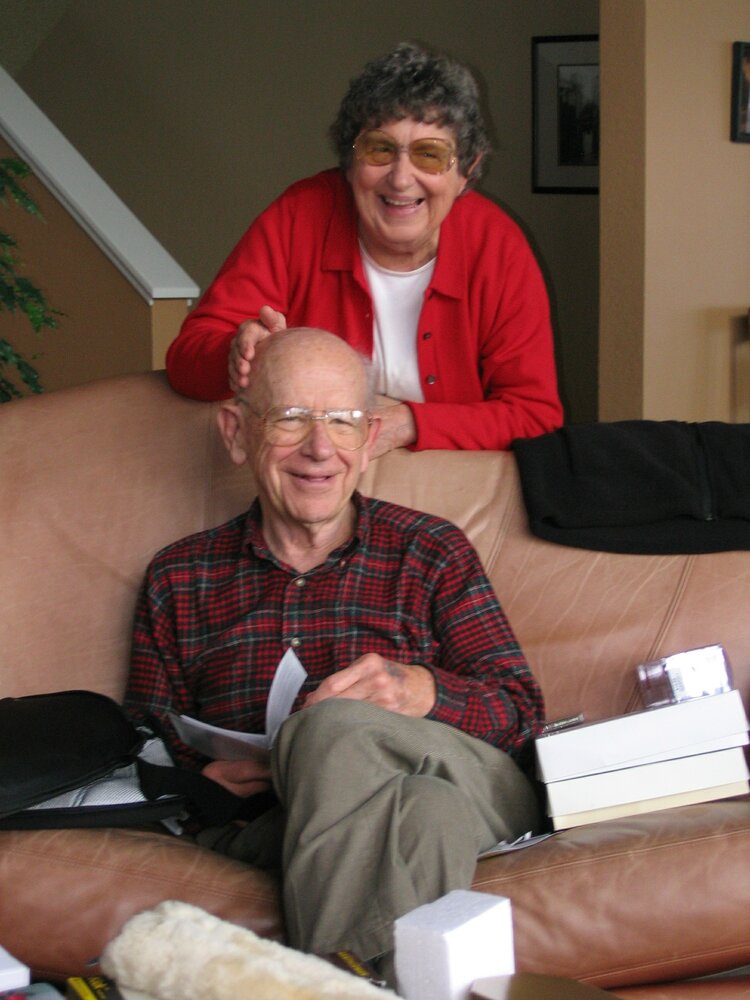 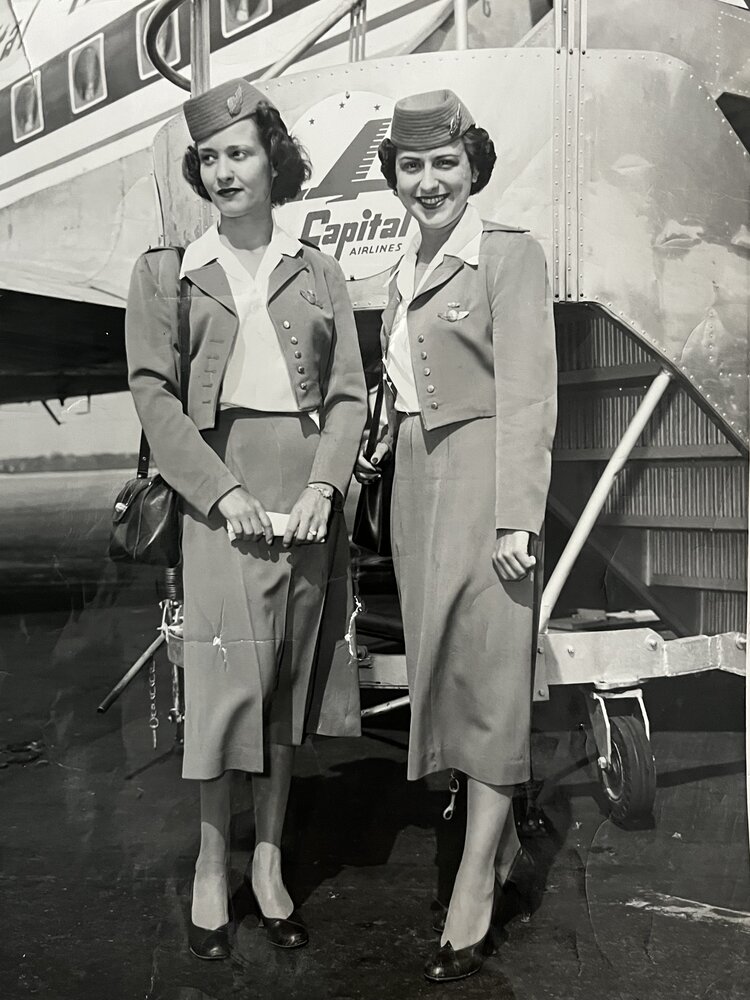 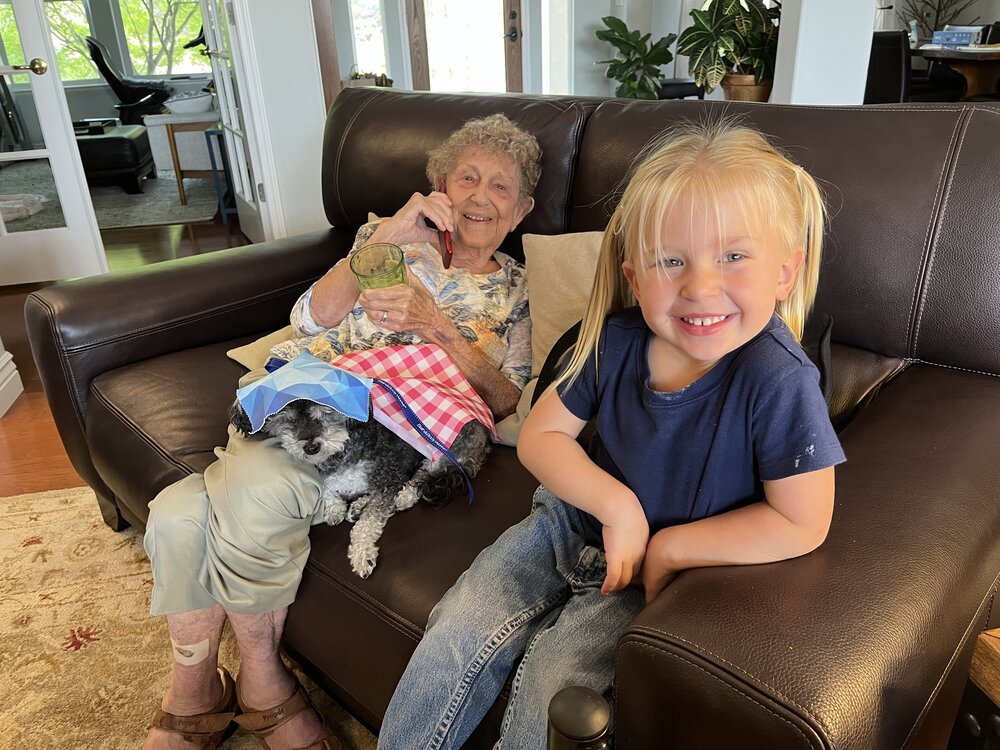 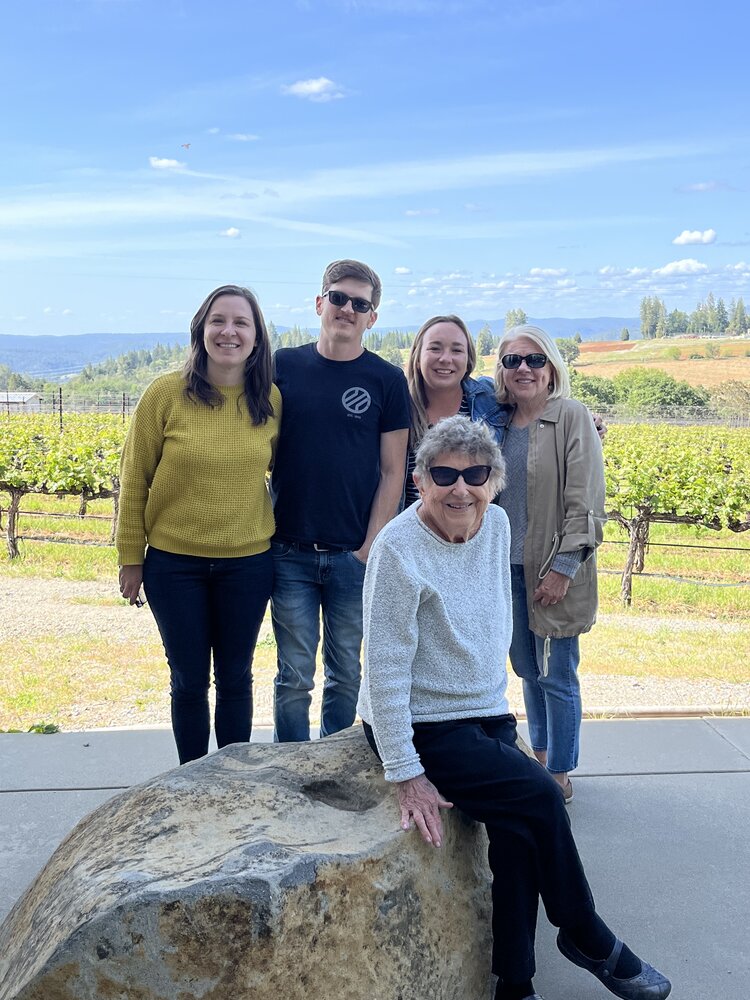 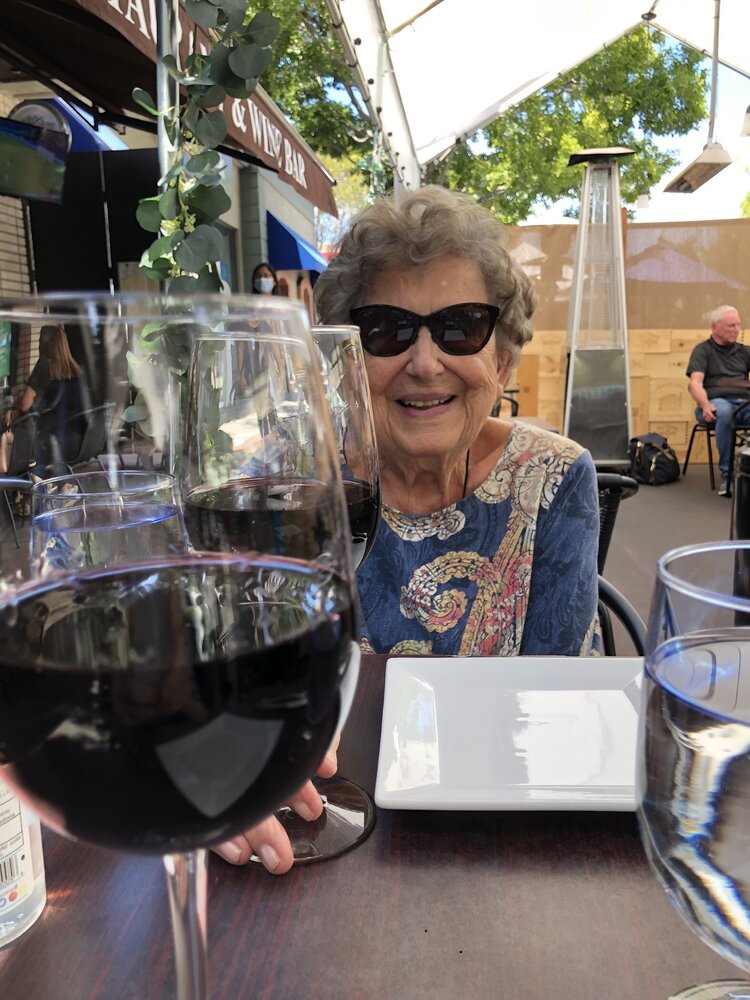 On October 1st Betty Warren was rejoined with her loving and devoted husband Gene. Betty was a kind, talented and strong woman that gave to the world in many ways and experienced life fully. In addition to being a wife and a mom, she was an accomplished journalist writing for the Scarsdale Gazette in New York and later the San Jose Mercury news in California. When she left New York in 1969 she embraced the California lifestyle, making many new friends and enjoying country club living while raising her children.

Through it all, her husband Gene was at the center of her life and together they took on adventures around the world. After the fall of the USSR they were some of the first passengers on the fabled and glamorous Orient Express. Travel included small boat cruises, Alaska, Egypt, Mongolia, the Cook Islands and a number of trips to Japan and Europe. But Betty was happiest just being at home with Gene, sharing happy hour sitting out in their backyard bird watching, and spending a day golfing with friends.

Betty described each home she lived in as a different "chapter" in her life. Eastchester, New York, then to California where she lived in San Jose, Del Mar, Long Beach and then 2 homes in Santa Rosa. Betty and Gene also designed and built a home on the ocean in Mendocino. Later years she was so happy in Santa Rosa. She cherished being "Grammy" to 4 wonderful grandchildren, plenty of family time, living retired with Gene and working together with him at the Welfare League. Her last house was a cozy condominium in San Carlos where she made many friends, worked at the Family Tree, and lived contentedly, but always missing Gene. Much to her delight, grandson Matt moved in and they lived together for most of her remaining days. With help from her devoted daughter in-law Jane, she enjoyed weekly lunches and was able to maintain an independent and meaningful life living just steps from downtown San Carlos. The last place Betty called home was in Placerville, CA living with her daughters Connie and Jane. She passed away at home where she was surrounded by family, including her 3 year old great-granddaughter Kennedi.

Betty touched many lives. And each one of them rejoiced in and gladly returned the unconditional love she offered. Her surviving family includes children Connie Martin and Doug Warren, their spouses Jane Baseflug and Karen Xavier, grandchildren Matthew Martin, April Warren, Alyssa Warren and Kaitlyn Martin and great-grandchildren Kennedi Martin and Cora Mills. Together with her extended family and many friends we shared so much with Betty, Mom, Grammy, Mimi.  We will all cherish the joy, memories and lessons she gave to us.  Betty left an enduring legacy of love and kindness for all.

A memorial Service will be held at Skyline Funeral Home in San Mateo tentatively at noon on December 27, 2022 with a celebration of life directly following. Donations may be made in Betty’s memory to Peninsula Family Services where she volunteered at the Family Tree in her final years. https://www.peninsulafamilyservice.org/red-car-bel-auxiliary/

Share Your Memory of
Constance
Upload Your Memory View All Memories
Be the first to upload a memory!
Share A Memory