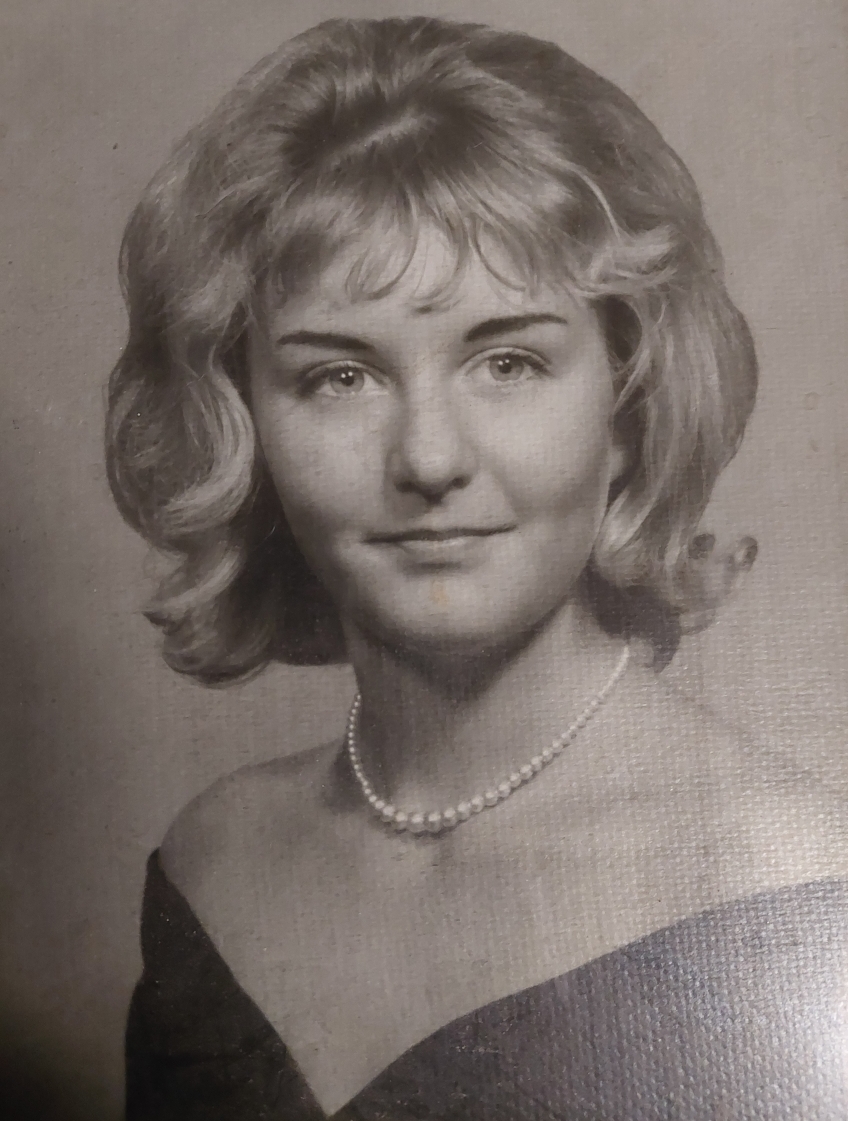 Our dear mother, Margaret Ellen (Susie) Pettyjohn, passed away at the age of 76 on October 27, 2022. Serendipitously, the exact same day that our father, her husband and the love of her life, Robert Gordon Pettyjohn, passed away 12 years previously.  They were married for 46 years. She is survived by her two daughters, Kelley Leonard and Wendy Walker; her four grandchildren, Brittany Bond, Zachary Leonard, Kayla Jorge and Renee DiWalker; and her four great-grandchildren, Aiden, Dakota, James & Liam. As well as all of her loving extended family, and her fur babies.

She was born Margaret Ellen Kelley on January 11,1946 in Amarillo, Texas. Her nickname as a child was Susie. Her mother's name was Geneva Pauline Ellenberger and her father was Kenneth McKenzie Kelley. Her father was a psychiatrist and although she grew up with money, as an only child, she was often lonely. Her family moved to San Francisco, CA when she was around 2 years old. Her mother passed away when she was a teenager. She and her father would go on horseback camping trips which she dearly loved. Later she attended the College of Marin where she met her husband, Robert Pettyjohn. On their first date, he took her to Muir Woods which she thought beautiful and romantic. They later married at her father's house in Marin, CA in 1964, however, they always celebrated their anniversary on May 14th, the day they first got together. Soon after, they went off together to the University of Missouri where they thought it would be romantic to have the same psychology major. They ended up back in California, but she didn't  quite finish her degree (she was one quarter short of a Bachelor's Degree). She decided she wanted to be a mom instead. She loved being a mother more than anything in the world and she put her whole heart and soul into it.

She had a lot of adventures in life, from being a Go-Go Dancer, a quasi-secret agent, to living in the Haight-Ashbury's in San Francisco during the Summer of Love where her first daughter, Kelley, was born in 1967. One of her happiest times was when she lived in College Town while her husband attended Sac State, and where her second daughter, Wendy, was born in 1971. For a short time she lived in a commune, and took an exotic trip to India; however, she was always happiest at home with her family and animals and even had a small farm with goats and chickens. She always made it a game to see how she could live off very little money and still have her family flourish and thrive, which she succeeded.

Around 1985 she moved to her home in Camino, CA. She enjoyed spending time with all her grandchildren whom she loved with all her heart. She loved spoiling them and baking them cookies and serving them hot chocolate when they visited. She started watching small dogs and ended up having lots of little dogs of her own. She loved them so much and her dog customers were so grateful to her for watching their furry babies. Whenever she went on walks, she could always be seen with a pack of little dogs. During this time, one of her favorite adventures was going to the beach in Carmel with her husband and doggies in their camper. It was also during this time that she met her best friend and soul sister, Mary Rogers, who taught her how to groom dogs. They would have fun taking walks, having dog parties, and going shopping.  She was the sister she always wished she had. Their friendship meant so much to her, especially after the loss of her husband. She had to learn how to live on her own for the first time in her life. She was strong and capable and managed with the help of her two daughters who were always there for her. She was always happiest when her daughters were with her and we were all together, as were we. She lived in that house for 37 years with all her fur babies and it was truly her "Happy Place".

Regrettably, she had oral cancer at one point and was given radiation treatment at the time. Years later, after the loss of her husband, she started having complications from the radiation treatment. She was eventually unable to eat orally and had to have a feeding tube which made it difficult to keep her weight up. Her speech was also affected. Always health conscious, she made her own healthy blends in her Vitamix. She enjoyed coming up with new blends and faced the challenge with her quiet strength and determination.

She was a small quiet woman with so much presence. She was sweet and kind and gentle and loving but also strong and courageous. She had a fun personality and loved texting her friends and family. She loved to laugh, she appreciated the present moment, being in nature, being with her children and her animals. She wrote little children's stories, she was an artist, she practiced yoga, meditation, and Qi Gong. She loved reading and gardening and was very in-tune with nature and all living things - a nature spirit full of light and love. She loved teddy bears and fairies. She was the most loving mother, grandmother, and wife. She was always very spiritual and had a special relationship with God her entire life, even as a little girl. She is a most beautiful, special soul, so deeply loved and cherished, and so sorely missed - but a part of us and connected to us forever and always! Our beautiful Mama!

We will eventually be spreading her ashes where we spread our father's which is what she would have wanted.  We will also, at some point, have a very intimate Celebration of Life to honor her.  Even though we celebrate and honor her each and every day!

Share Your Memory of
Margaret "Susie"
Upload Your Memory View All Memories
Be the first to upload a memory!
Share A Memory